Below, you'll find the website's description. We sell these basses new and we inspect each one, so we have a little more personal take.

This bass is light. It might not look it, but it was left skinny in places where you don't expect it. This bass is also very well balanced. It feels like a guitar most of the time. It's kind of surprising.

The neck is not "whimpy," but it's not clunky, either. If you're not used to playing a bass and want to "rock out" as if it were a big guitar, you'll be fine. If you want to work your thicker "pure bass" groove, though, this bass still delivers, we have to say.

The tone from the Fullerton-made single pick-up is very very satisfying. Its placement by the bridge gives you a wide array of sounds just by moving a small distance "east or west" on the strings.

This is a fantastic deal, for anyone who just wants a good, solid bass that sounds much better than it should and will feel good to just about anyone.

The verdict became clear so fast it would have put that wry grin on Leo’s face: the Made-in-Fullerton Kiloton™ is a smash-hit. Demand from players and musicians alike for a Tribute® Series version thundered with the same visceral punch as the bass itself delivers. And the moment of impact is now: meet the new G&L® Tribute Series Kiloton.

Just like its Made-in-Fullerton brother, the Tribute Series Kiloton features the most comfortable bass body ever created by Leo Fender. It’s compact and pure, with every curve and contour perfectly executed. The Tribute Series Kiloton delivers maximum firepower from its single G&L Magnetic Field Design humbucker, planted right in the sweet spot specified by Leo Fender back when the G&L factory was still called CLF™ Research.

The Tribute Series Kiloton’s single Made-in-Fullerton MFD ‘bucker fires without the aid of a preamp, while a 3-position series/split/parallel toggle harnesses the coils’ power. Simple volume and tone controls are devastatingly effective, revealing a wide range of textures Leo’s MFD bucker is famous for. What’s more, the Tribute Series Kiloton is armed with a Leo Fender-designed Saddle-Lock™ bridge to transfer all the energy right into the body end-grain for an incredibly resonant instrument.

Save this product for later

We are instrument nerds. We obsess over the details and look to find the best gear to compliment the work of our celebrated our repair team. If you don't see something you want here, please reach out. We are happy to find it for you,

Need a repair or need the best set-up you've ever had? Schedule an appointment HERE

So pleased with the service, prices, and nice folks I met here. Good to know for future musical adventures! 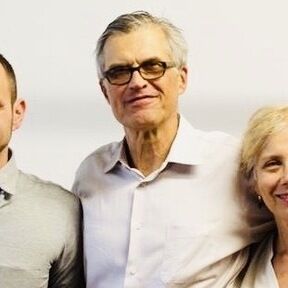 With decades of experience (David and Judy started in 1978), Finlay + Gage is well-acquainted with the needs of musicians from beginner to professional, We provide high quality rentals, a carefully curated assortment of musical instruments for purchase, and top-level restoration and repair service.

Items purchased through the store can be shipped, delivered by van or picked up from our beautiful Maplewood location.